Teens can go missing a lot. Many return after a time to their families without incident. Others, not so much. Getting the word out quickly can sometimes mean the difference between life and death. If a teen has been kidnapped, time is of the essence. Getting the information out is critical.

Here is an example of one missing teen that is currently unfolding on 23 January 2015:

It is better to error on being caution than to pass something like this by and not share it with your social media community. Just think, some one might see your post and report the incident to the police. A teen’s life could be saved.

There have been so really sad stories on teens found later deceased because they were not rescued in time. Families have been devastated by the loss of a loved one.

So when we see someone missing, lend a hand on your social media and share. It might just save a life. 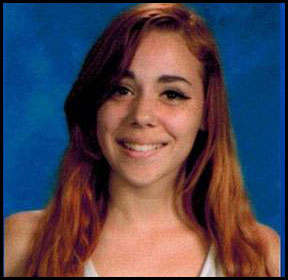 Here is the text posted in the article from CTV News. You can read more there: http://atlantic.ctvnews.ca/police-say-missing-timberlea-teen-s-safety-may-be-at-risk-1.2202456

“Halifax District RCMP are asking for the public’s help in locating a missing Timberlea teen.

Cali Elizabeth Singer, 13, was last seen by her family at her home around 6 p.m. Tuesday.

Police say they have reason to believe her safety may be at risk.

Singer is described as a white female with a light complexion, freckles and shoulder-length red hair. She is five-foot-three and weighs 120 pounds.

She was last seen wearing a headband, patterned tights, a green sweater and a black bomber-style jacket with fur around the hood. She was also wearing brown Ugg-style boots and long wool socks.

Anyone with information on her whereabouts is asked to contact police.”

Success and safety are a community concern. Let’s be concerned about our community and the members in it. Let’s use social media to create social good.